Spacetime, a multidisciplinary architecture and design agency, invited me to collaborate at Bahidorá Festival with two art installations.

The first one, named Colormancy, involed the interplay between code, divination and chance. By mapping peoples’ names to particular colors custom ambiences were created out of light and smoke. Eventually a quote based on song lyrics fragments was shown as a personal fortune in a screen. A Raspberry Pi and a touchscreen were used for controlling the whole interaction: receiveing users’ input, automating multicolor LEDs and smoke machines via DMX and electronic relays. 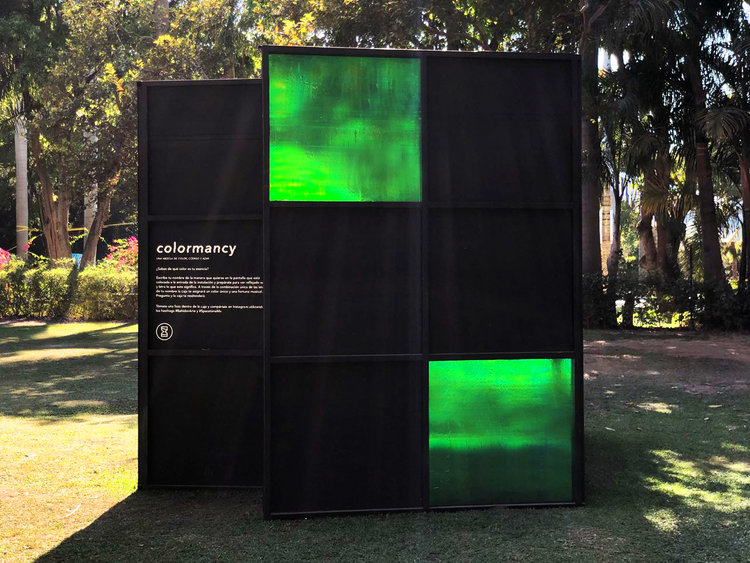 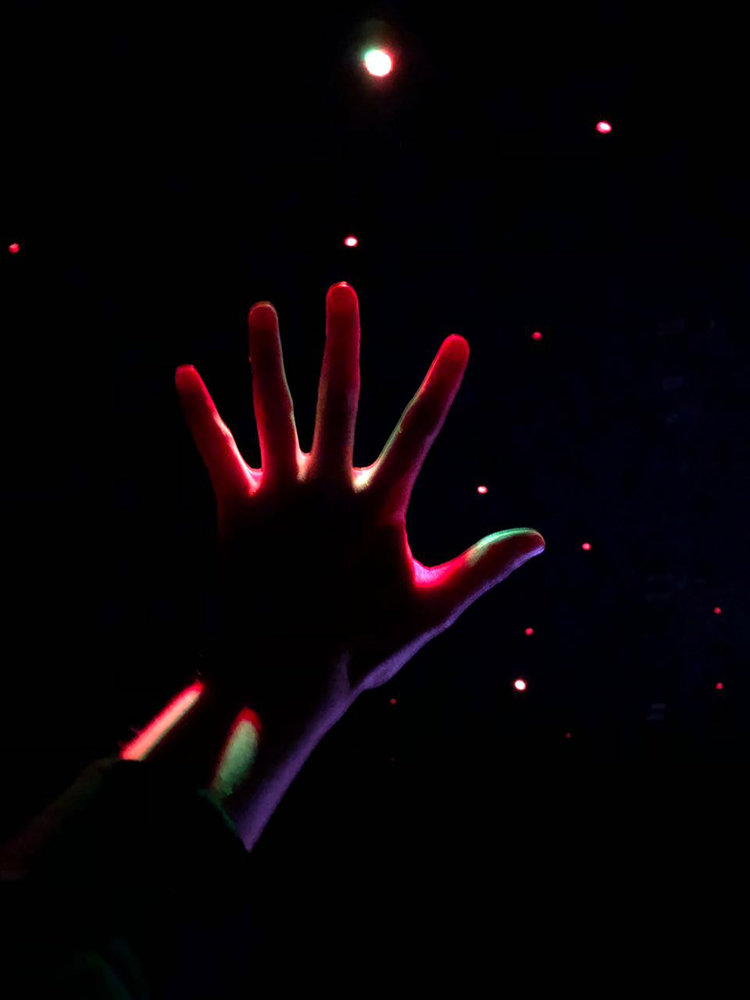 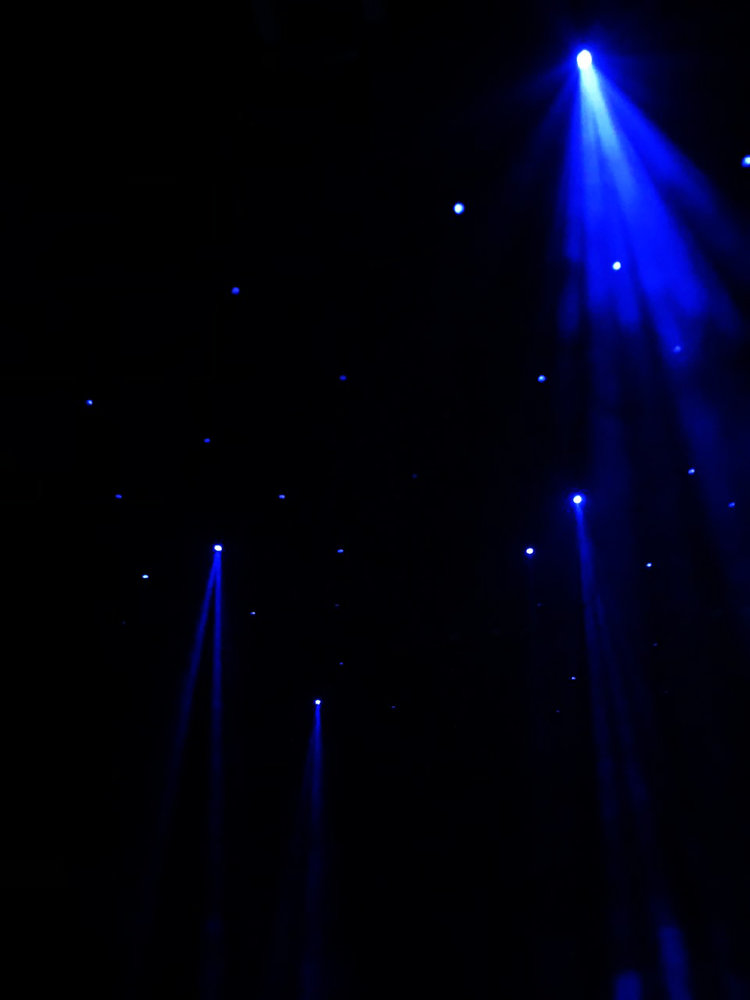 The second installation used no electronics but played with basic shapes translated in space and time. 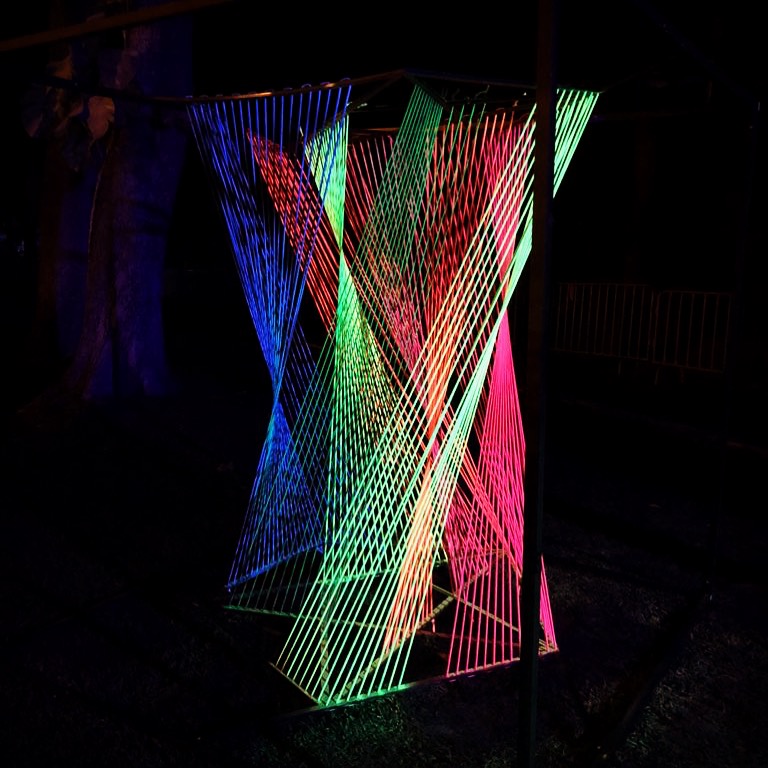